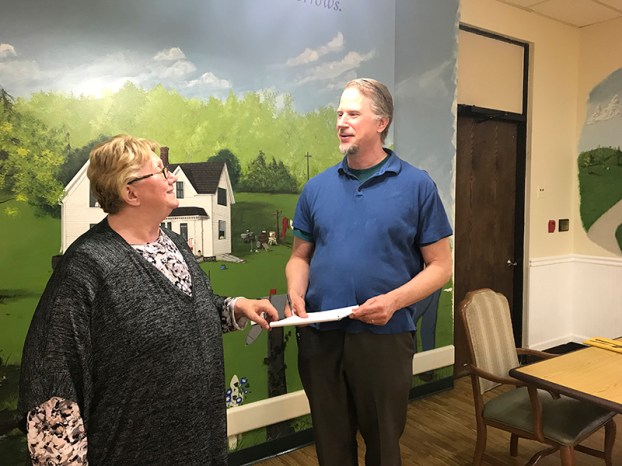 NEW RICHLAND — New Richland Care Center’s new administrator, Larry Passel, has a lot on his plate these days. Along with welcoming the birth of his first child, Johannes, with his wife, Priscilla, nine weeks ago, he is also looking at finding a new home in the south metro area while easing into his new position.

Passel, 50, worked as an administrator at two different care facilities prior to coming to New Richland Care Center. He said he was drawn to the facility after his position was cut when the last care center he worked for was bought out by another company.

He didn’t mind commuting to work when looking for his next job opportunity, but was adamant that his next position would be with a nonprofit care center.

“They usually have a better staffing ratio,” Passel said.

When staffing ratios are low, he said staff turnover rates are always higher. Good staffing rates ensure employees are not stretched too thin. It also lowers the amount of stress on employees and assures staff have the time needed to make sure the facility’s residents are properly cared for.

Not only did New Richland Care Center have a higher staffing ratio than many facilities, he said it also had one of the highest staff retention rates when looking at the statewide average.

With that being said, Passel said there is still a challenge to overcome.

“Most homes are struggling with staffing,” he said. “That’s an ongoing problem.”

Passel said New Richland Care Center is fortunate as many members of its staff are dedicated, long-term employees. The complications arise when it’s time to replace these staff members.

Passel plans to tackle the issue, which he said is facing all industries, head on. He believes the key to solving the problem lies with finding out what the care facility can do to help transition new employees into their positions and what will motivate new hires to stay — this could be pay, opportunity for growth or any number of things.

Passel said he’s also dedicated to ensuring the employees they already have on staff continue to feel they have the proper support and training they need to provide a high level of care the residents deserve.

While Passel doesn’t feel the facility is by any means short-staffed, he wants to be proactive in ensuring that day never comes.

He said he has a great team that really focuses on providing residents the best care.

“It’s about taking something good and making it even better,” he said.

1 arrested for domestic assault and other reports