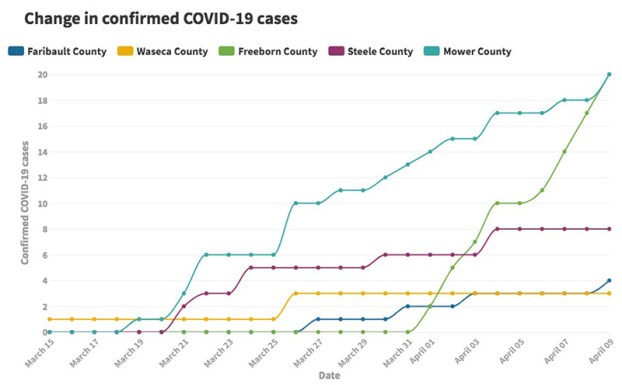 — Information from the Minnesota Department of Health/Graphic created through Flourish

Confirmed COVID-19 cases in Freeborn County increased to 20 on Thursday, with the first case reported for a child under 10, according to the Freeborn County Public Health Department.

Numbers were up three from the previous day.

“Our numbers continue to increase this week, in part due to connections to other lab-confirmed cases,” said Freeborn County Public Health Director Sue Yost.

Overall, Yost said she thinks county residents are doing a good job of social distancing and she encouraged them to continue to do so through May 4, the extended date for Gov. Tim Walz’s stay-at-home order. 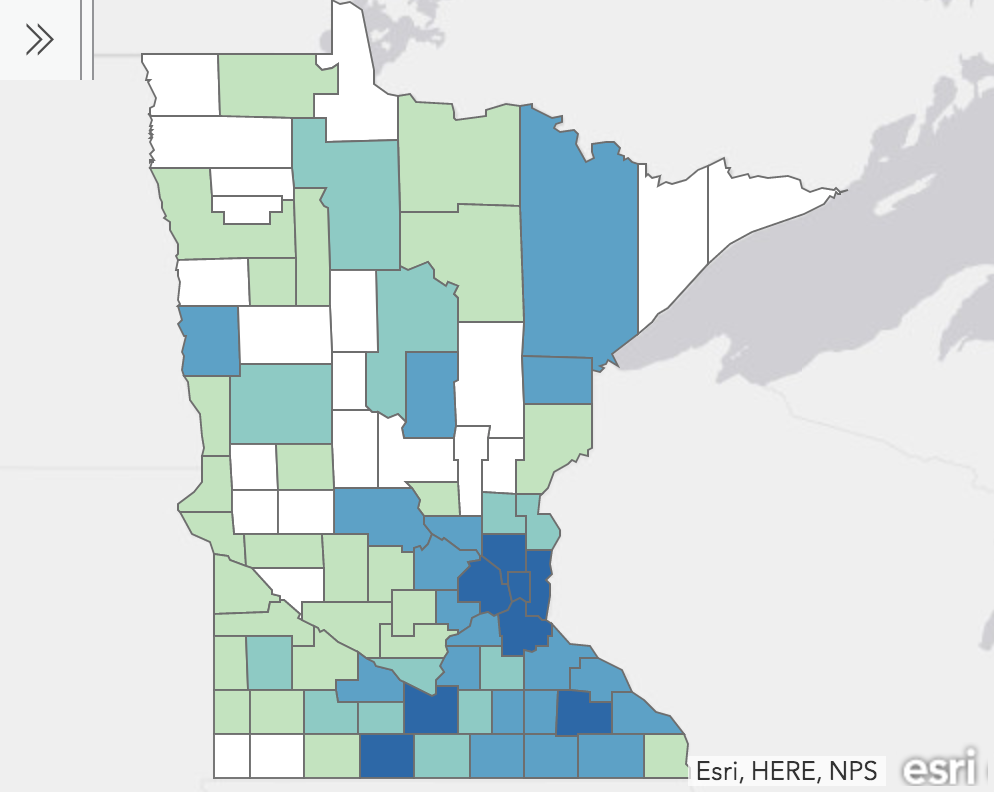 — Information from the Minnesota Department of Health

The state health department said total positive cases across the state reached 1,154, up 88 from the day before.

Of the total cases, 675 patients have recovered and no longer need to be isolated and 50 have died. One hundred forty-five people are hospitalized, including 63 in intensive care. 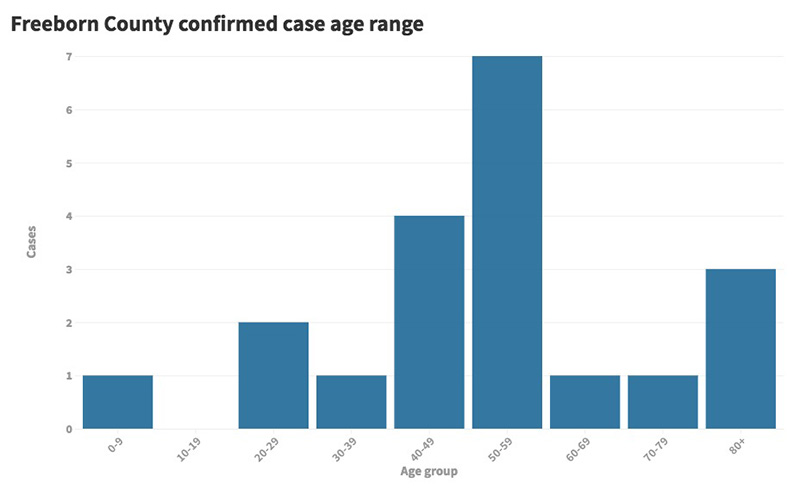 — Information from Freeborn County Public Health/Graphic made with Flourish

The highest number of cases is in Hennepin County with 375, while the next highest are in Ramsey and Olmsted counties with 121 and 114 respectively.

The state department said 32,294 tests have been completed, including 9,092 through the Minnesota Department of Health’s public health lab and 23,202 through external laboratories. Not all suspected cases of COVID-19 are tested, so this data is not representative of the total number of people who have or had COVID-19. Data is current as of 4 p.m. the previous day.