The Democratic Farmer Labor Party announced Sunday it endorsed Dan Feehan as candidate for the 1st District congressional seat of the U.S. House of Representatives. 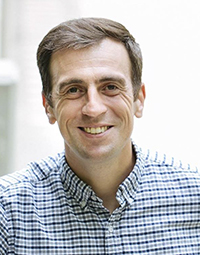 Feehan will face off against incumbent U.S. Rep. Jim Hagedorn, who was endorsed by 1st District Republicans earlier this month.

The DFL Party held an online convention with balloting taking place over a 10-day period, a press release stated. The ballots were tabulated Sunday with Feehan receiving the endorsement.

Feehan has been a school teacher, a soldier and worked at the Pentagon. He and his wife have three children and live in North Mankato.

Feehan narrowly lost to Hagedorn in 2018 by less than half a percentage point.

The Minnesota Department of Agriculture is planning to treat two areas in southeast Minnesota — one near Hokah in Houston... read more