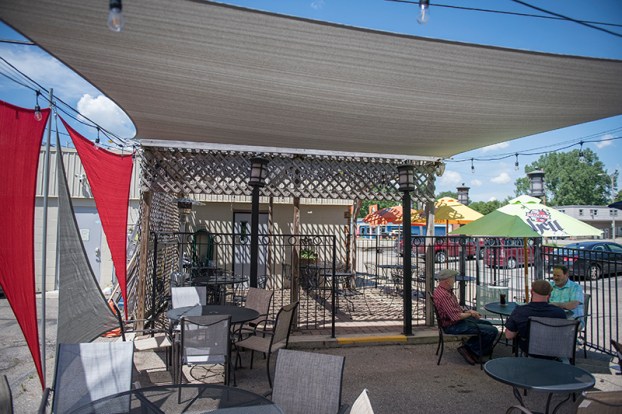 As news of the impending COVID-19 pandemic started unfolding earlier this year, a local business owner started planning for how to adapt in order to survive the uncertainty to come.

Thirsty Fox Pub & Grill owner Karl Milliron said he started implementing more aggressive cleaning and sterilization techniques in his restaurant before the coronavirus forced the pub to temporarily close its doors. A stay-at-home order went into effect in March, closing any businesses deemed non-essential. Restaurants were able to offer carryout and delivery, but Milliron said that wouldn’t have been enough for his business. Instead, he got working on ways to adapt once Thirsty Fox could open its doors again.

Restaurants in Minnesota were able to open for outdoor seating at 50% capacity June 1 and for indoor dining June 10 at half-capacity, but a patio expansion project kept Thirsty Fox from opening then. The restaurant, at 1105 S. Broadway Ave. in Albert Lea, opened its doors Wednesday this week, offering indoor and outdoor dining as well as carryout.

The original patio at Thirsty Fox could seat about 20 people. Now, that number has more than doubled to seat 45. Milliron had been planning out the expansion in his mind since the shutdown first came about, and worked to get his hands on extra chairs as well as umbrellas and more tables. The physical work on the patio started in early May, and wrapped up just a few days before Thirsty Fox reopened this week.

“We’ll be able to accommodate to somewhat normal numbers,” he said, since the outdoor seating wasn’t as much of a factor last summer when the restaurant first opened. 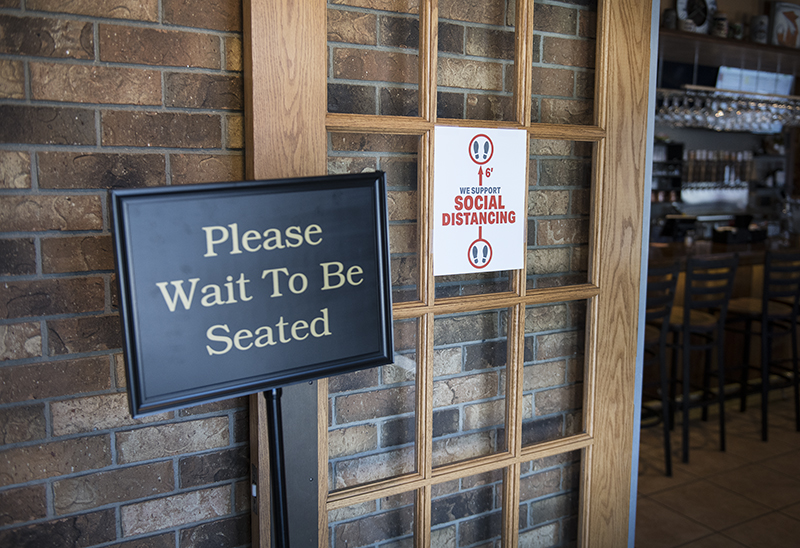 The restaurant and bar had been closed since the Minnesota stay-at-home order went into effect in March. Owner Karl Milliron said it wasn’t feasible for the restaurant to operate on carryout only during the shutdown. – Colleen Harrison/Albert Lea Tribune

The restaurant has also implemented an online reservation system at www.thirstyfoxpub.com or through its Facebook page, making it easier for people to see how busy it will be and eliminating groups of people waiting for tables amidst the pandemic. For those who aren’t comfortable with making reservations online, reservations can be made over the phone or people are still welcome to walk in.

Milliron said Wednesday was a busy day for Thirsty Fox, more so than he expected, but the new system and the social distancing guidelines kept everything manageable. As of Thursday afternoon, he said about 75 to 80% of his customers so far have stuck to outdoor dining. He expects the reservation system to help tremendously with Fridays and Saturdays, the pub’s busiest days.

The amped-up cleaning procedures will remain in place, and in addition, an upgraded filtration system has been added to the building. It filters out not only bacteria but virus particles as well, Milliron said, and is recommended by the Minnesota Department of Health. On top of that, he has installed an infrared system inside the building’s ductwork to eliminate anything that happens to get through the filters.

“I wanted to make sure we had really clean air,” he said.

Milliron said the customer reception to the pub reopening has been extremely positive, and he said that support helps motivate him and his employees.

“You could tell from people’s comments that people are excited to be back,” he said. “… It’s interesting when customers find a really nice place; they let you know it.”

He likened the pub’s reopening to a second grand opening, saying that while staff have the menu and day-to-day operations down, they’re learning the new technology with the reservation system and how to operate amid a pandemic. They have more confidence than an initial grand opening, Milliron said, but will still look to continuously improve.

“I don’t think there’s a day that goes by where we’re not changing and improving,” he said. “I really like that aspect of it, too.” 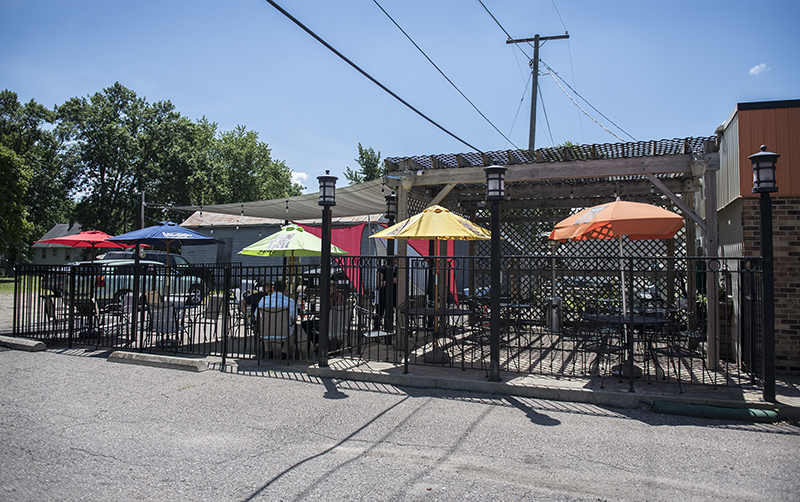 Thirsty Fox’s patio originally could seat about 20 people, but after the expansion it can now seat 45. – Colleen Harrison/Albert Lea Tribune