Across the Pastor’s Desk: It’s about relationships with others

Across the Pastor’s Desk by Ken Jensen 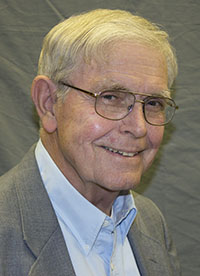 Recently, I binge-watched a six-part TV episode entitled “Why People Hate.” As a Christian, pastor and citizen, I am greatly disturbed by the tribalism dominating our society.

What drives people to hate? It is normal to build relationships with like-minded individuals. However, there is a dark side, should we come to see others as less human than we.

A recent poll revealed that white Americans saw themselves as 100% human while Mexican immigrants were only 75% human. Similarly, Europeans saw Muslims as 60% human. Seeing others as less human makes us, in a gradual insidious way, less able to empathize with others not like us.

Driven by a need to feel secure, we feel threatened by people who look differently, believe differently, act differently. We become anxious, angry and afraid of the “other.” We must protect ourselves; preserve our values. We build “walls” to keep out the “other” —one small step to becoming consumed by hate.

Jesus was on trial before Pilate because the Jewish leaders were anxious, angry and afraid. Jesus threatened their religious ritual practices and their symbiotic relationship with Rome.

A documentary film entitled “The Sultan and the Saint” relates the story of St. Francis of Assisi and a Muslim sultan, al-Kamil, who meet on an Egyptian battlefield during the height of the Crusades.   Both men were seekers of peace.

The two spent a week together at the residence of al-Kamil. We know nothing about their conversations. What we know is that both men were influenced by the other. St. Francis’ devotion to prayer was greatly enhanced by his witness of the Muslim call to prayer five times each day. Al-Kamil became a defender of the Coptic Christians from Muslim reprisals after the Roman army had retreated home.

Jesus said we are to love one another.

It’s about a change in attitude.

Several years ago, my wife and I traveled to Israel. I was taken back by the Israeli government’s apartheid-like treatment of Palestinian Muslims and Christians alike. The experience would have caused me to harbor anti-Semitic feelings except for one thing. I had previously established a friendship with a Jewish rabbi while serving on the Greater Milwaukee Inter-Faith Committee on Family. Knowing a devout Jew personally enabled me to see Jews through a different lens.

The Apostle Paul wrote, “There is neither Jew nor Greek, slave nor free, male nor female. (We) are all one in Christ Jesus.” (Galatians 3:28).

In order to overcome tribalism, we need a change in attitude. It begins by building friendships with the other, seeing others as God sees them, and reflecting on Jesus’ “Sermon on the Mount” (Matthew chapters 5-7).

Across the Pastor’s Desk: Starting to come back together

Across the Pastor’s Desk by Matt Griggs Matt Griggs   “Jesus answered them, ‘You faithless generation, how much longer must... read more