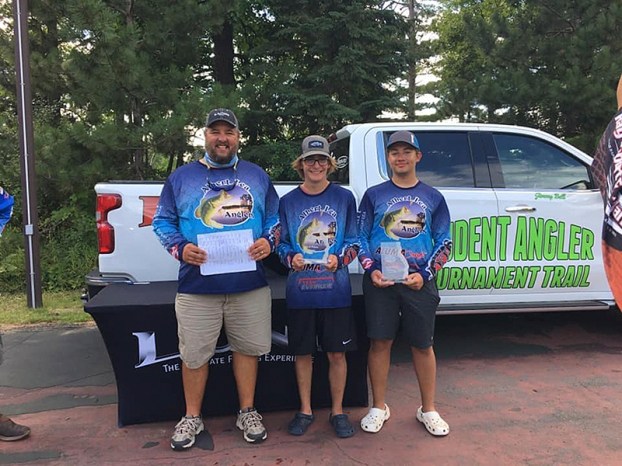 Caden Stevens, center, and Ian Latham, right, stand with their boat captain Jason Howland after taking second place in the Student Angler Tournament Trail presented by Lund and Rapala. Both Latham and Stevens won a $500 scholarship for their finish. - Provided

The Albert Lea duo of Caden Stevens and Ian Latham traveled to Brainerd Sunday to take part in the Student Angler Tournament Trail presented by Lund and Rapala. Out of 180 teams that participated in the tournament, Stevens and Latham took second place, earning them each a $500 scholarship.

Fishing on Gull Lake in Brainerd, the team brought in the limit of seven fish totaling  25.53 pounds, with the heaviest fish weighing 4.74 pounds. The first-place team came in with just over one pound more at 26.57 pounds.

Stevens, a senior at Albert Lea, said the tournament went well and they had success even in their practice rounds. 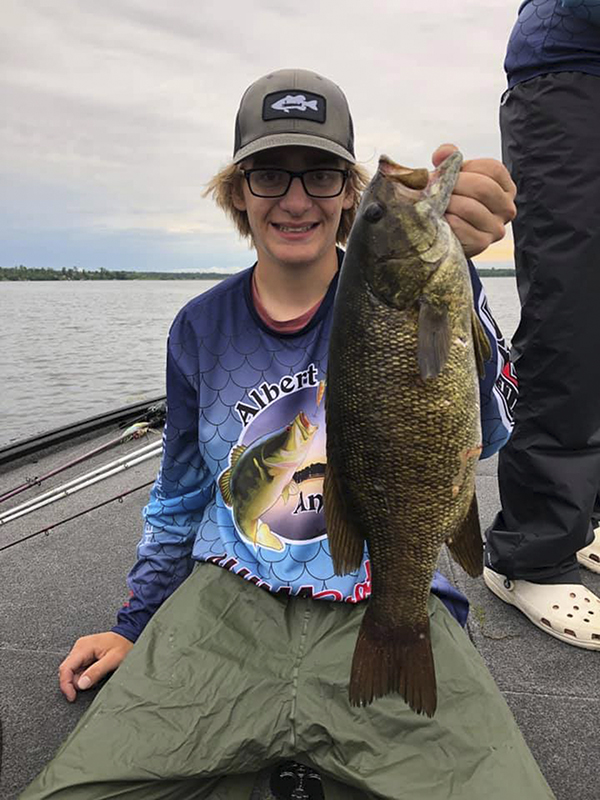 Caden Stevens shows off one of the bass he caught during the tournament on Gull Lake in Brainerd. – Provided

“The best part was my first three casts,” Stevens said. “I caught fish and I thought that the rest of the day was going to be really good, but it slowed down and I caught a big small mouth that really helped us. We worked together and caught a big bag.”

On top of Stevens and Latham coming away with a second-place finish and two $500 scholarships, boat captain Jason Howland also took home a prize of $2,000 for being the highest placing boat captain using a Lund boat.

With the second-place finish, Stevens and Latham qualified for the Student Angler Tournament Trail Tournament of Champions, which is scheduled to take place Aug. 23 on Lake Mille Lacs.

The Big Ten won’t be playing football this fall because of concerns about COVID-19. The move comes six day after... read more