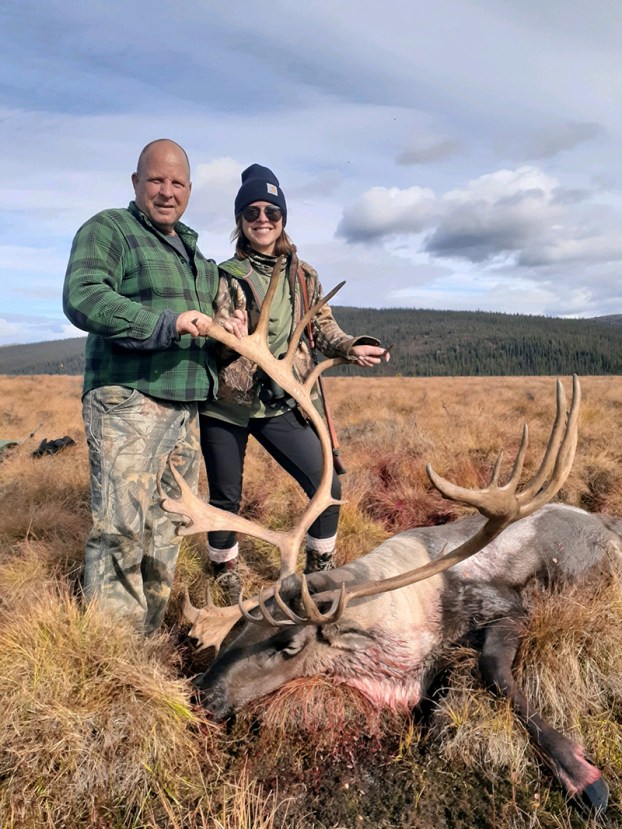 Megan Ball and her father, Bob Ball, each bagged a caribou on their hunting trip in Alaska in September. - Provided

Woman introduced to hunting by her father bags caribou in Alaska

Megan Ball may not have grown up hunting, but she has made up for lost time ever since.

Ball, 32, of Albert Lea has been hunting for about 10 years. Her father, Bob Ball, took her on her first hunting trip during deer season north of Clarks Grove. The two spent the time waiting in a tree stand on Bob Ball’s land.

“We didn’t get anything that first year, but it was still really fun,” Megan Ball said.

Ball went on a hunting trip to Montana about one year ago with family and close friends for mule deer. The group spent about four or five days tent camping and hunting.

Ball said they noticed the terrain where they were was similar to Alaska — they spent their days hiking mountains on their hunts. She talked with her father, and the two started making plans to hunt in Alaska someday.

Those plans came to fruition last month. The father-daughter duo headed out to Alaska at the beginning of September. Once arriving in Alaska they flew out of Tok, Alaska, which Ball said is about a four-hour drive from Fairbanks, Alaska. From Tok they took a bush plane to the top of a mountain, from which they then took a Super Cub plane to a river valley. 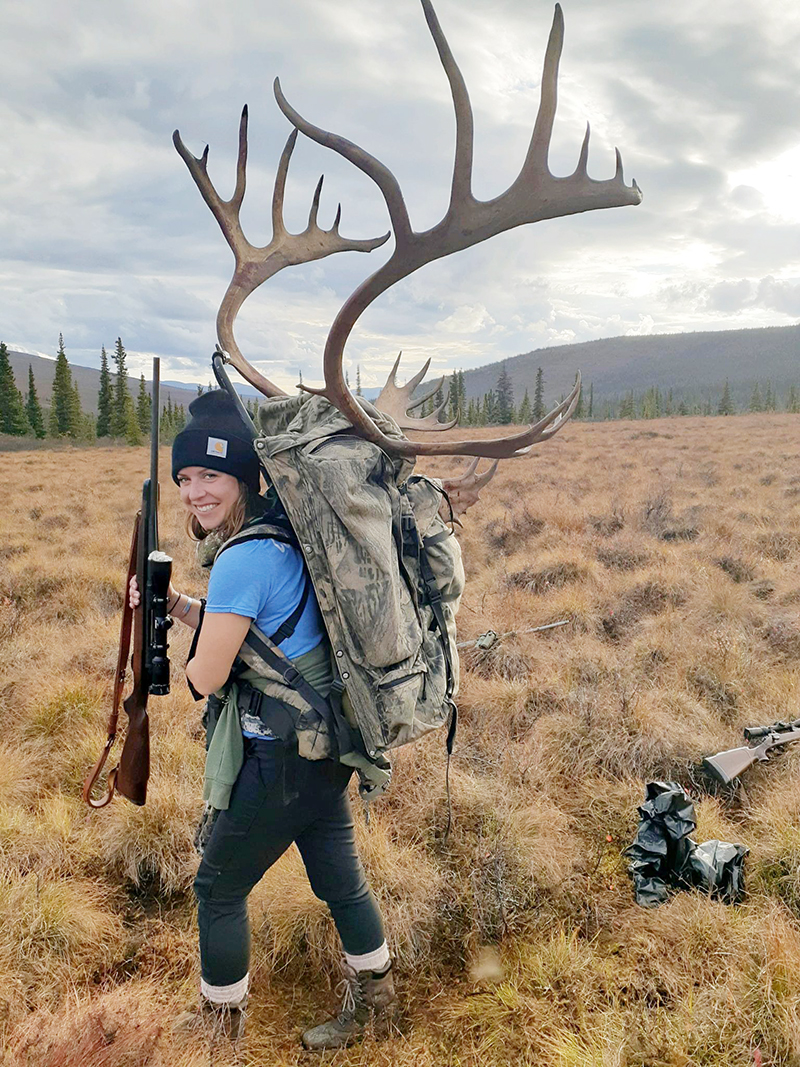 While on the two-week rifle-hunting trip, both Ball and her father each bagged a caribou. She got hers first, on the second or third day of the trip, with her father’s coming about two days later.

Both were at least 500 pounds, and Ball said the guide with them said hers was the largest caribou he had seen as both a guide and hunter.

“So that was kind of neat, especially for my first time hunting caribou,” she said.

The caribou was so large that it took two trips to bring everything back to their campsite about one mile away. The master guide handled getting the meat to a processor in Alaska, which then overnighted the meat to Ball’s home with dry ice. He also handled getting the antlers, capes and hides ready to be shipped to Tom’s Taxidermy in Clarks Grove, Ball said.

She said the new animals and new adventure in Alaska was incredible. The best part about hunting for her, though, is the memories she makes with loved ones.

“The most important thing about it to me is spending time with my dad,” she said.

Ball and her father plan to go hunting in the area for the deer opener next season, and she said she looks forward to the trips they go on together in the future.

Minnesota reported its highest number of daily cases during the COVID-19 pandemic on Friday with 3,165 new positive cases. The... read more