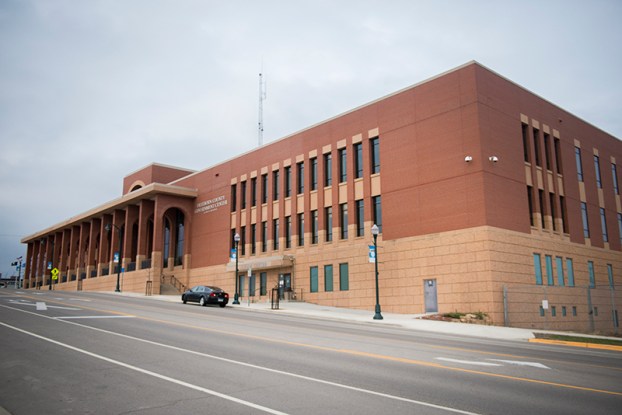 Freeborn County residents needing to complete a driving test for licensing may need to shuttle to Austin or Mankato going forward.

The Albert Lea exam station was closed in March 2020 at the onset of the pandemic, and officials reopened 15 regional stations in May 2020.

Others were added through the fall, including one in Austin in November 2020.

Albert Lea’s office was not among those stations.

Freeborn County Registrar Pat Martinson said rumors of a possible permanent closure was the result of a recent visit by Richard Pike, regional supervisor with the Driver and Vehicle Services Division.

No permanent decisions, Martinson and state officials said, have been made.

Martinson said County Administrator Thomas Jensen asked her to summarize the conversation in an email. Jensen then forwarded that email to county commissioners.

Commissioner Ted Herman then alerted followers to his official Facebook page about the permanent proposal.

Maybe the “horse got out of the barn early,” as Martinson put it, but residents can now share their opinions on the potential move with the people making the decision.

“The reason I put it out there was so citizens could take an active role in the discussion,” Herman told the Tribune.

But the Department of Public Safety isn’t quite ready to have that discussion.

When asked a series of questions related to the closure, a public information officer outlined the regional consolidation by DVS.

“DPS-DVS continues to assess how to serve as many Minnesotans as efficiently as possible,” said Megan Leonhard, in an email responding to the questions. “This includes gradually reopening exam stations.”

She said the state’s last written communication with local officials was when the state reopened 15 exam centers.

“DPS-DVS does not have a set timeline to reopen exam stations that are currently closed,” she said.

Word traveled to lawmakers, as well.

“In all likelihood, our Albert Lea exam station would be closed and residents living in Freeborn County would have to travel to either Austin or Mankato for their road test and also the written test if unable to take it online,” she wrote.

Bennett noted that the decision was solely made by the state agency, not the Legislature or local officials.

Leonard, the spokesperson for the state agency, said some residents can take the Class D test online with a proctor. But at this time, “knowledge” and road tests would continue in Austin.

“Focusing on regional exam stations allowed DPS-DVS to prioritize health and safety, be more efficient and expand the number of road tests offered on a daily basis,” she said.

“Any licensing, for individuals of all ages, this will impact them,” he said. “If this is correct, we’re centrally located between Mankato and Austin.

“It would make more sense for them to come here.”

At the Registrar’s Office in the Freeborn County Government Center and by appointment, residents can still renew licenses, IDs and permits and complete Department of Natural Resources transactions.

“There aren’t a lot of implications for our office,” said Martinson, the Freeborn County registrar, “but we don’t want to see services lost by the county.”

An Albert Lea woman who was allegedly receiving packages of methamphetamine in the mail from California is facing a charge... read more