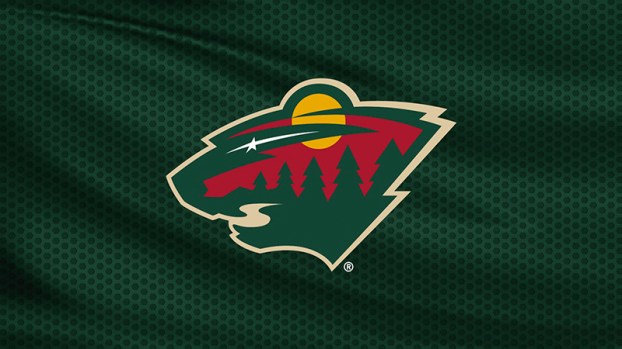 LAS VEGAS — Jonathan Marchessault goal in the second period was the winner, Marc-Andre Fleury made 36 saves and the Vegas Golden Knights beat the Minnesota Wild 5-1 on Wednesday night.

Vegas swept the two-game set against Minnesota and remained atop the West Division, one point ahead of the St. Louis Blues.

“We know that every game is huge, especially when every game is in the division,” said Tuch, whose nine goals rank second on the team. “They’re a good team, they’re hard working, and I thought we put together a good 60 minutes.”

Making his 10th consecutive start, Fleury improved to 11-3-0. He has limited teams to two goals or fewer in 10 of his 14 appearances. His 11 wins rank third in the NHL, behind Tampa Bay’s Andrei Vasilevskiy and Toronto’s Frederik Andersen.

“The more you play, you just go out and play and not think as much,” said Fleury, who surpassed Gump Worsley for 12th all-time with his 861st game played. “You react to what’s happening in front of you. You just wait for the puck more. The play slows down a little bit, so it’s been good.”

Marcus Foligno scored for Minnesota, and Cam Talbot made 23 saves.

Minnesota, which outshot the Golden Knights 37-28, saw its season-high seven-game point streak and five-game road point streak both come to an abrupt halt. The 37 shots were the Wild’s third-highest tally of the season.

“Not to get goals tonight was frustrating,” Wild coach Dean Evason said. “It seemed like every opportunity they got, it was in our net. Every opportunity that we got, Fleury seemed to be there, or we didn’t finish. You get that many shots, I think at the end of the day the chances will be very close if not better for us. We just didn’t finish tonight but our effort was there. We did a lot of good things.”

Vegas opened the scoring just a couple of minutes into the game when Cody Glass sent a backhand pass across the ice to Tuch, who buried his fifth goal in five games by beating Talbot over his glove with a wrist shot.

The Wild, who came into the game having outscored their opponents 22-10 in the first period this season, were shut out in the opening frame for the second straight game.

Seconds after failing to capitalize on their first power-play opportunity, and as Minnesota’s Ian Cole raced out of the penalty box and into Vegas’ offensive zone, Marchessault signaled to Tuch for the puck, gathered the pass, and beat Talbot with a high shot.

Fleury’s bid for his fourth shutout of the season ended when he couldn’t quite reach the puck as it crept under his pads after an initial save, and Foligno was there to punch it home. It was Foligno’s third goal in the two-game set, after scoring two Monday.

The Wild did everything possible offensively in the third period, outshooting the Golden Knight 14-3 through the first 11 minutes. But while Fleury continued to stymie Minnesota’s efforts, Stone continued his offensive tear.

After the Vegas captain had five primary assists on every goal in Monday’s win, Stone started a 2-on-1 rush with Stephenson, then finished it when he gathered the feed, waited for Talbot to over-commit from the crease, and beat him to the far side, past his stick. Stone has 24 points (5 goals, 19 assists) through 19 games this season and is averaging 1.26 points, 14th-best in the NHL.

Stephenson finished the scoring, going to his backhand and scoring with a shot just under the crossbar to put the game out of reach.

Karlsson’s empty-netter with 2:19 left provided the final margin, while the Golden Knights have now outscored their opponents 23-12 in the third period this season.

Minnesota assistant captain Zach Parise has understandably taken a game off before the playoffs during his 16-year NHL career. Wednesday, he was a healthy scratch for the first time in his Wild career and only the second time during his career. “And I don’t agree with the decision,” Parise said during the team’s Zoom session after the morning skate, adding he was told during a meeting Tuesday it was because of his final shift in Monday’s overtime loss to Vegas. With Minnesota leading by one, and Vegas pressing in the closing minutes, the left wing didn’t go in for a line change and was on the ice when Tuch scored the tying goal.

Vegas, which is a perfect 18 for 18 against the power play over the past nine games, ranks fourth with 88.2% penalty kill, having allowed just six goals during 51 kills.

Minnesota, which came into the game with the worst power play in the league, was 0 for 3 with a man advantage. The Wild have scored just five goals in 66 opportunities.

Since its inception, Vegas has long been known for its in-arena entertainment. Ayron Sequeira, the team’s executive director of entertainment experience, served in that capacity for the final time before leaving the organization. Sequeira was celebrated by in-arena host Mark Shunock during the third period and was given an ovation by the 2,605 in attendance.

Minnesota opens a two-game set at Arizona on Friday.

Vegas opens a six-game trip in San Jose on Friday.

ST. PAUL — Matt Dumba scored in the final second of overtime to give the Minnesota Wild to a 4-3... read more