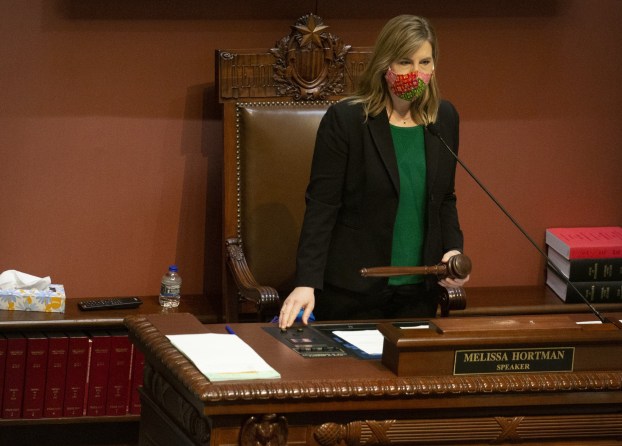 House Speaker Melissa Hortman and other DFL leaders in the Minnesota House highlighted major budget bills Monday. They'll eventually have to reach agreement with Republicans who have majority control in the state Senate.Christine T. Nguyen/MPR News 2020

Minnesota lawmakers return from their holiday break this week and will get to work on a series of bills setting a new two-year state budget, their priority task of the session.

House and Senate committees are set to roll out competing bills that will eventually lead to negotiations with Gov. Tim Walz.

Democrats in the Minnesota House highlighted three areas of the budget Monday — taxes, education and labor — that they say address the COVID-19 pandemic.

“In these budget bills, we’ve made an effort to make meaningful investments to support those most impacted by COVID — students, workers, families and small businesses — and we’d like to restore tax fairness in order to do so,” said House Speaker Melissa Hortman, DFL-Brooklyn Park.

“One that assists teachers and provides the necessary supports our students need to catch up after a difficult year,” Davnie said.

To provide money for education and other areas, Democrats continue to push for additional tax revenue, despite a projected budget surplus and the anticipated arrival of billions in federal pandemic relief money.

Their tax bill would create a fifth tier for the individual income tax. The rate of 11.5 percent would kick in at $500,000 for married taxpayers filing joint returns and $250,000 for single taxpayers.

“Fortunately, these tax hikes are dead on arrival in the Senate, and have no chance of passing this year,” Davids said.

Hortman responded to the tax opposition with her own criticism of Senate Republicans for proposing cuts in state government agencies. She said such cuts are inappropriate, especially during the pandemic.

“This is absolutely a nonstarter that we would cut government at this point in time,” Hortman said.