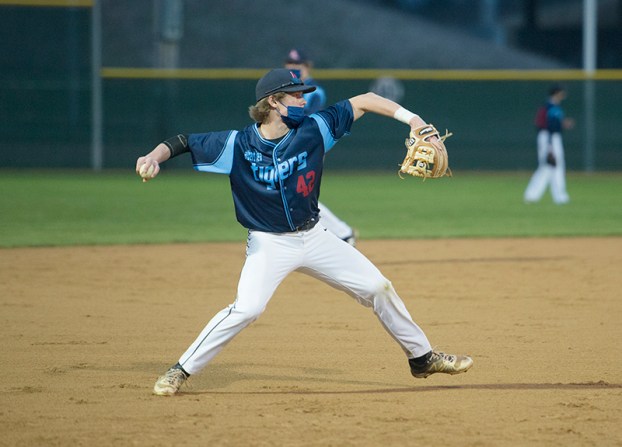 Senior Blake Ulve throws to first for an out Thursday night at home against Austin. Tyler Julson/Albert Lea Tribune

The recommendation by the league’s sports medicine advisory committee applies only to actual competition. Athletes would be required to wear masks during breaks such as before and after races and while sitting in the dugout or standing on the sidelines.

The request comes as Minnesota has climbed to fifth in the country for new COVID-19 cases per capita in the last two weeks, according to Johns Hopkins University researchers. The rolling average number of daily new cases has increased by more than 31% in that time.

State Health Commissioner Jan Malcolm said the ideal would be to permit outdoor competition without masks in combination with increased vaccination and testing of athletes, the Star Tribune reported.

″We understand that people are eager to be able to be outside. We’ve said all along that the risk is lower outside, which it is, but it’s not zero,″ said Malcolm, who cited the recent threat of COVID variants that are more easily transmitted.