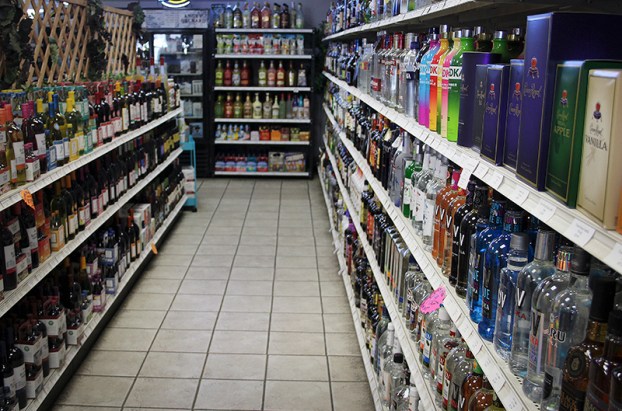 The Albert Lea City Council is considering an amendment to city ordinance to allow liquor stores to be open until 10 p.m. on weekdays. - Colleen Harrison/Albert Lea Tribune

Several liquor store owners on Monday spoke out against a possible change in Albert Lea’s city ordinance that would allow for extended weekday sales by two hours.

Proposed ordinance changes include extending sales to 10 p.m. on weekdays and allowing for the sale of 3.2% beer and wines at convenience stores, drug stores and grocery stores without having to have those products on sale within a separate building entrance.

City Manager Ian Rigg said the changes would align the city’s ordinance with state statute for consistency and clarity.

He said the proposed changes came up after the city received requests to allow for later sales on the days before holidays, such as on July 3 or on the Wednesday before Thanksgiving. There were also requests that gas stations be able to sell 3.2 alcohol out of coolers at their businesses.

When considering these changes, he said city staff reviewed the whole ordinance and found several things not up to date with state statute. He noted unless there’s a significant public safety concern with extending the hours, the city should not put up more restrictions than the state and pick winners and losers among businesses.

Public Safety Director J.D. Carlson has said he did not think there would be any more risk if the changes were implemented.

Michelle Thompson, owner of Liquor Depot, in a letter to the council said she is opposed to extending hours to 10 p.m. on weekdays with exception of the day before holidays.

She said she is always trying to keep overhead costs as low as possible and the extended hours would increase those costs. She also said she did not think people would consume more; it just might spread out the purchases over more time.

Curtis Smith, owner of Skyline Liquor, said in his letter he thought his business would lose money staying open later and said later at night is the slowest part of the day for sales.

Jenny Heinrich, owner of Cheers Liquor, said in a letter that she was concerned that more crime could happen if the stores stayed open later, though she noted that those instances are rare.

With the COVID-19 pandemic, she said it is already hard to find people who want to work, especially at night, and said she doesn’t have enough help to make the extended hours possible.

Trevor and Trice Studier, owners of Eastside Liquor, wrote they, too, did not think changing the hours would be beneficial to their business and noted how they had voiced their opinions about not being wanting the city to approve Sunday sales either.

“We held off as long as we could with staying closed on Sundays but felt pressured into Sunday sales in order to stay competitive,” they said.

Dyllan Engebretson, owner of Dae Liquor, said he, likewise, did not think his business would get any additional revenue out of the change and noted his challenge with finding employees. He said he and all of his employees were not in favor of the change.

Though there were several who were opposed to the changes, a few were in support.

In a letter to the council, the owners of A-1 Liquor and One-Stop Liquor & Tobacco said they would support the extended weekday hours and said they don’t want people to go to other towns and spend their money there when the people could spend their money in Albert Lea and help the community grow.

Dustin Trail of Trail’s Travel Center said he thought the city should let businesses compete on the same platform and not differentiate hours from communities surrounding Albert Lea, noting it drives business out.

Sixth Ward Councilor Al “Minnow” Brooks asked whether the city would look at the issue differently if it were another type of business and whether it would take into consideration if a majority didn’t want a change in the industry.

Third Ward Councilor Jason Howland asked about the history of the city’s different hours and why the city presently had early closing hours compared to state law.

He said he appreciated all the comments that people gave about the issue and said the council heard a lot of the same comments when the council decided to allow for Sunday sales. He said similar to how the council followed the state in opening up liquor sales on Sundays, he thought the council should also do the same for the 10 o’clock time.

The second reading of the ordinance will be April 26.

In other action, the council approved the first reading of an ordinance dealing with changes recommended by Rigg regarding staffing.

Instead of having an assistant manager, Rigg has proposed having a director of community engagement and enrichment, a person who would be focused on making sure there is not a duplication of services provided by the city and other organizations in the community.

“We want to make sure the city is playing its supportive role where it needs to and staying out of the way when it needs to,” Rigg said, noting that if other entities are already providing services with great success, there is no need to duplicate services or waste resources.

The position will focus on reaching out to the public through things like surveys and other means. The library director, parks manager and the communications coordinator would report to this person.

The position has been budgeted to start Oct. 1. Rigg said the salary for the position has not been determined, though it would likely stay the same or be slightly less.

There were also some proposed wording changes in the ordinance and a change that states the organization of those who manage departments or services can be reorganized as needed for efficiency and accountability.

The council will have the second reading of the ordinance at its next meeting.

Minnesota’s vaccination rate has slowed slightly over the past week, with around 25,000 people per day getting their first shot,... read more