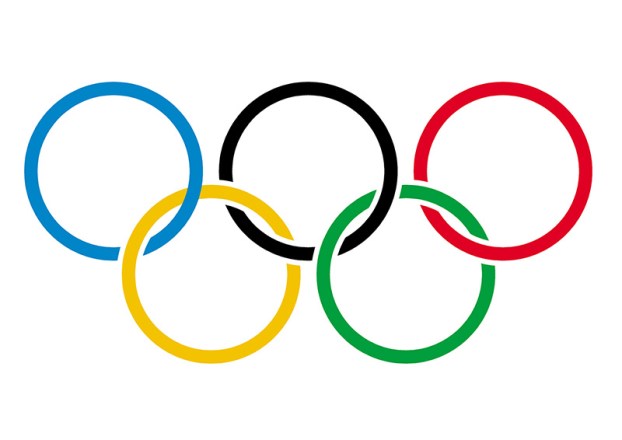 Meet the summer Olympians from across Minnesota

But Minnesota athletes are also representing Team USA in sports like wrestling, rowing, shooting and sport climbing — one of this year’s newest Olympic sports. Some athletes with Minnesota ties are representing other nations, like Canada and Liberia.

The Tokyo Summer Olympics are scheduled to begin Friday.

For updates on when and where to watch the athletes compete, check back here regularly, and visit KARE 11 for more in-depth Olympic coverage.

This is the first Olympic games for Minnesota Lynx forward Napheesa Collier, but she’s played on national teams before. She was a member of the 2019 AmeriCup team that finished with a 6-0 record and a gold medal.

Collier, who calls St. Louis her hometown, was drafted to the Minnesota Lynx in 2019. She was also named the Rookie of the Year in 2019 by the WNBA, ESPNW and The Associated Press, and was named to the WNBA All-Stars in 2019 and 2021. She is the second rookie in WNBA history to produce at least 400 points, 200 rebounds and 60 steals, according to USA Basketball.

This will be Sylvia Fowles’ fourth Olympics with her first in Beijing in 2008. Each trip resulted in a new gold medal souvenir. She also won gold in the 2010 world championship.

Fowles is the first woman athlete to dunk in an international competition, according to Team USA’s website.

While she’s played for the Minnesota Lynx since 2015, Fowles calls Miami her hometown and began her professional career at the Chicago Sky after playing at Louisiana State University. Fowles was named the WNBA MVP in 2017 and helped the Lynx win their WNBA titles in 2015 and 2017. She was also named to the All-WNBA first team in 2010, 2013 and 2017 and was the Defensive Player of the Year in 2011, 2013 and 2016.

Natalie Achonwa will make her third Olympic appearance with Team Canada after making history as the youngest player to join the national team at age 16. In her last trip to the games, Achonwa appeared in all six contests and averaged 5 points and 2.8 rebounds.

Bridget Carleton, a guard for the Minnesota Lynx, will make her first trip to the Olympic Games playing for Team Canada. Carleton first played in the WNBA for the Connecticut Sun but was soon signed by the Lynx in her rookie year in 2019.

An 11-time U.S. champion, two-time world champion and two-time Olympian, the BMX racer calls St. Cloud home and was ranked second in the world in the elite women’s category. Alise Willoughby was a silver medalist at the 2016 Games. Her family is also a driving force behind Pineview Park BMX in St. Cloud.

In 2006, she became the first woman to be voted Rookie Pro of the Year by BMXer Magazine as well as the youngest to win the American Bicycle Association national title at age 15.

Sarah Bacon hails from Indianapolis but was on the University of Minnesota diving team when she was one of two U.S. divers to qualify for the women’s 3-meter competition at the world championships, where she finished 14th.

A two-time NCAA champion and world silver medalist on the 1-meter board, she won the 3-meter synchro event with Kassidy Cook at U.S. winter nationals in December. The Bacon-Cook tandem won gold at two international meets earlier this year.

Sunisa Lee was a part of the American gymnastics team that won gold at the 2019 world championships, taking the silver medal in the floor exercise and bronze in the uneven bars competition. She also advanced to the all-around final.

At the national championship, Lee took second in the all-around competition, while winning the uneven bars.

While the Tokyo games were delayed in 2020, McCallum suffered an injury to her hand in January 2021, but returned to competitions in May for the U.S. Classic. She participated in the all-around competition, finishing fourth behind Simon Biles, Jordan Chiles and Kayla DiCello.

Due to her injury, McCallum told the Star Tribune’s Rachel Blount that she didn’t start training on the four events until April 24.

McCallum calls Isanti her hometown, and according to the Deseret News, has signed a letter of intent to join the University of Utah Utes women’s gymnastics team, known as the Red Rocks, in 2022.

Shane Wiskus was on the U.S. men’s team for the 2019 world championships and carried his success into 2020. He was second in the all-around at February’s Winter Cup in Las Vegas, then finished fourth in all-around at the American Cup, an international meet in March.

Megan Kalmoe considers Minneapolis her birthplace and St. Croix Falls, Wis., her hometown. Kalmoe is a three-time Olympian, first attending the 2008 games in Beijing. She was a part of the bronze medal team in the quadruple sculls event at the 2012 London Games and won the gold medal at the 2015 world championship in the same event.

She also secured three silver medals at various world championship events over the years, one for the quadruple sculls event in 2011, and two — one in 2014, the other in 2017 — for the coxless pair event.

Lara Dallman-Weiss of Shoreview learned to sail on White Bear Lake and began to sail competitively at Eckerd College in St. Petersburg, Fla. While there, she won third place at the 2010 women’s nationals and earned the Crew and Skipper of the Year award.

This year will be her first competing in the Olympics, but she has participated in the world championship three years in a row, finishing seventh in the 2021 long course competition.

Army Sgt. Patrick Sunderman, a Farmington native, was a four-time NCAA champion with the West Virginia University rifle team from 2013 to 2016 and earned a silver medal at the 2021 ISSF World Cup. Sunderman finished second in the USA shooting trials. He’ll compete in Tokyo in the men’s smallbore rifle event.

Sunderman is also part of the Army Marksmanship Unit international team as a shooter and instructor.

Kyra Condie was born in St. Paul and calls Shoreview her hometown, though she moved to Salt Lake City to train with USA Climbing. She was one of the first American women to qualify for the Tokyo Olympics, and participated in the world championship in 2019, taking 14th place in the bouldering competition.

Sport climbing is making its Olympic debut as a sport at the Tokyo Games, and will consist of three disciplines: lead climbing, bouldering and speed climbing.

Regan Smith’s superb backstroke got her to the world championships at age 15. At 17, she set the world record in the 100-meter and 200-meter backstroke races. At 18, she has some of the fastest times in the world in those events and is broadening her program, excelling in butterfly events as well.

Smith is a Lakeville native. She’s planning to attend Stanford University but put off starting her college years to continue training during the COVID-19 pandemic.

Smith will compete in the 100-meter backstroke and 200-meter butterfly events.

Michael Andrew was born in Edina but lives in Lawrence, Kan., and currently lists Encintas, Calif., as his residence on Team USA’s website.

His training technique has been considered nontraditional, using a method called ultra-short race-pace training, where he trained in a backyard pool swimming for less distance but always at race pace speeds. Andrew has hardware to back up the results, winning five gold medals and four silver medals from various world championships since 2016.

Andrew recently made headlines after announcing he plans to attend the Tokyo Games without getting vaccinated against COVID-19, saying he didn’t “want to risk any days out, because there are periods where if you take a vaccine, you have to deal with some days off.”

Andrew will compete in the 100-meter breaststroke, 200-meter individual medley and 50-meter freestyle.

Becker will compete in the 4×100-meter freestyle relay at the Tokyo Olympic Games.

With a third-place finish in the men’s 10,000-meter race at the Olympic trials, Hopkins native Joe Klecker will compete in the Tokyo Olympic Games for his first time.

Joseph Fahnbulleh graduated from Hopkins High School in 2019 and is the reigning NCAA champion in the 200-meter dash for the University of Florida.

Fahnbulleh will compete in the summer games for Liberia, where his parents emigrated from.

Ferlic told the Pioneer Press that while he was disappointed when the COVID-19 pandemic pushed the games back a year, he said the additional time to rest and prepare may have been a blessing in disguise.

“That’s the weird paradox, right?” Ferlic said. “Obviously, I wouldn’t wish the pandemic on society again. But I think it might’ve been extremely helpful for my career as a whole. I look at what I want to do in the sport now, and I’m like, ‘Yeah. I want to keep on going for a couple more Olympic cycles.’ This past year has totally rejuvenated me.”

Payton Otterdahl is from Rosemount and was a part of North Dakota State University’s track team before qualifying for the Olympic Track & Field team in the shot put event.

Otterdahl won two indoor national titles as a senior for the Bison track and field team and currently serves as a volunteer assistant coach for his alma mater.

Otterdahl placed third at the Olympic trials, throwing his best throw of 71-11 on the fifth of six attempts, beating 2016 Olympian Darrell Hill by a 1-inch margin.

Thompson made an impressive debut with the U.S. national team in the 2019 Volleyball Nations League tournament. The third-team all-America was one of only three college players on the U.S. roster and had five kills in the gold-medal match. She finished a standout college career at Cincinnati last year.

A mainstay on the U.S. team since 2014, Dixon missed the 2016 Olympics after tearing her ACL. She helped the U.S. win back-to-back golds in the Volleyball Nations League in 2018 and 2019 and was named the tournament’s best blocker in 2018.

This year, Dixon will serve as an alternate for the volleyball team.

Hannah Tapp, an alternate on Team USA’s volleyball team, is from Stewartville and played for the University of Minnesota, helping the team reach the NCAA semifinals in both 2015 and 2016.

Tapp has been on the U.S. Women’s National Team since 2017 and has played professionally in Germany, Italy and Japan.

She was also selected Best Blocker at the 2019 Pan American Cup and named to the AVCCA All America First-Team in 2015. Her twin sister, Paige, has also played on the U.S. national team.

Sarah Wilhite Parsons has been a member of the U.S. Women’s National Team since 2017 and will serve as an alternate for Team USA in Tokyo. In 2019 she was part of the U.S. team that won gold at the North, Central America and Caribbean Volleyball Confederation (NORCECA) Champions cup.

Parsons has also played professionally in Germany, Italy and Brazil, and was named the USAV Female Indoor Most Improved Player in 2018.

After an undefeated season at Minnesota, the heavyweight prodigy didn’t get a chance to compete for an NCAA championship because of the coronavirus pandemic.

In 2019, Steveson won the Bill Farrell International championship and was part of the World Team Trials championship. He also took home a silver medal from the Alexander Medved Prizes in Minsk, Belarus, and runner-up in the Final X wrestling event.

Steveson hopes to become one of the youngest U.S. wrestling Olympic gold medalists, and eventually become a WWE wrestler.

LAS VEGAS — Spain power forward Juancho Hernangómez, who was ruled out of the Tokyo Games earlier this month because... read more